Enzo is Dot's little brother format. He's hyper-stacked for action but a bit short on practicality and caution. He's 2 megs of energy stuffed into a 1 meg Sprite. Enzo thinks Bob is awesome and he'd give his left node to come from the Super Computer like his hero.[1]

Enzo is Dot's younger brother. He is a hyperactive ten-year-old that has two pints of pure adrenaline crammed into a one pint-sized kid. He is a whirling bundle of misdirected energy - which is usually focused on Bob.

Enzo idolizes Bob, and always tags along with his hero into Games, making a nuisance of himself with his bubbling enthusiasm and his complete lack of concentration.

By default, after Bob is shot into the Web by Megabyte, Enzo becomes the new Guardian of Mainframe. Being a Guardian is more difficult than he anticipated, not only does he have to earn the confidence of the city, he has to learn to believe in himself. Without any guidance or formal training he does his best to fill the position, relying only on the memories of his mentor Bob's quick thinking as an example. Luckily, he has Bob's keytool, Glitch, to assist him.[2]

Enzo, along with AndrAIa and Frisket, grow up while Game-hopping from system to system. He is now, in human terms, 22 years old. He is a renegade Guardian, having matured without guidance or a home.

He and AndrAIa are in love. There is a quiet respect between the two of them. They have been through a lot together, not unlike people who have survived a war. He is very protective of her, as is Frisket.

Matrix has never forgotten not being strong enough to win his last Game in Mainframe. He cannot stand still for a moment, he must be constantly lifting weights, so he can get bigger muscles and be stronger than the most formidable opponent.

He is also anticipating the day when he will meet up with Megabyte again. Matrix wants nothing more than to destroy him, with a slow, painful delete.

Matrix is a flawed character. He has always wanted to be Bob. But he is just Enzo Matrix.

The things he has done to survive on the Net have pushed his conscience past the point of no return, but he still is good at heart.[3]

Formerly Dot's little brother Enzo, Matrix compiled up while Game-hopping on the Net in the attempt to find his way home to Mainframe. Emerging from the Game Cubes as an incredibly large and muscular Renegade Guardian, Matrix constantly exercises to ensure that he will always be stronger than his most formidable opponent.

Maturing without any guidance or home, the things he has done to survive have pushes his conscience past the point of no return. Although known to "shoot first and ask questions later," if you go past the rough exterior he remains good at heart. Matrix's companion and love is AndrAIa, an A.I. Game Sprite. There is a quiet respect between the two of them as they have been through a lot together. He is very protective of her.[4]

Enzo is Dot's younger brother, a hyperactive "ten-year-old" Sprite who is two pints of pure adrenaline crammed into one pint-sized kid. He's a whirling bundle of misdirected energy - which is usually focused on Bob, and now Matrix.

Enzo idolizes the two Guardians, and always tries to tag along with them to Games, making a nuisance of himself with his bubbling enthusiasm and his complete lack of concentration.[5] 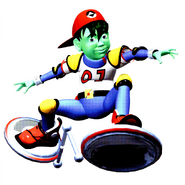 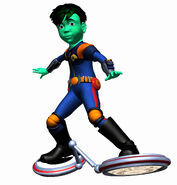 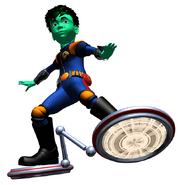 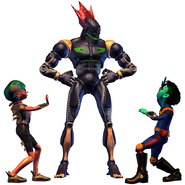 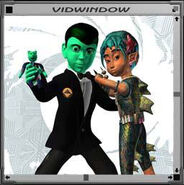 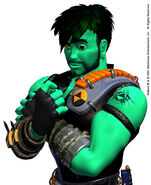 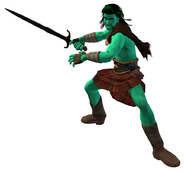 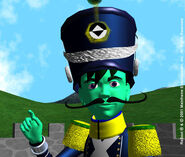 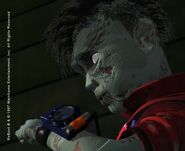 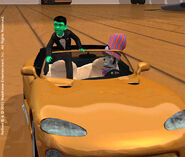 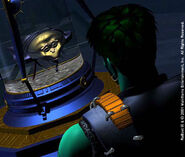 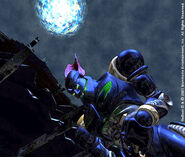 He's there, it counts! 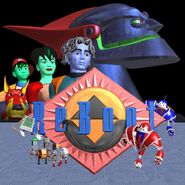 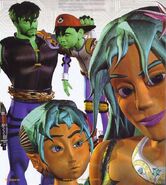 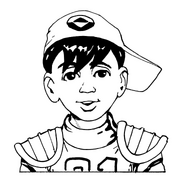 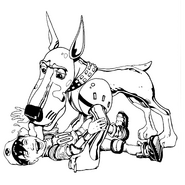 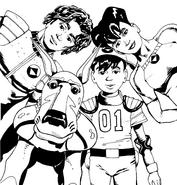