The Edge of Beyond (episode)

The Edge of Beyond

This article is about the episode. For the location, see The Edge of Beyond (location).

"The Edge of Beyond" is the tenth episode of Season 3 of ReBoot, the second episode of the arc The Web, and the thirty-third episode overall. It originally aired on October 22, 1997 on YTV.

While The Saucy Mare sails through The Edge of Beyond, AndrAIa is bitten by a Web creature that steals her energy and part of her code. Matrix must learn to trust Ray to save her. To make matters worse, a group of mysterious Web Riders close in on the ship. —ReBoot: The Definitive Mainframe Edition 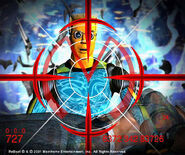 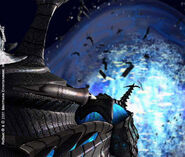 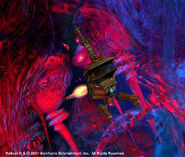