Web Riders on the Storm

Web Riders on the Storm

"Web Riders on the Storm" is the eleventh episode of Season 3 of ReBoot, the third episode of the arc The Web, and the thirty-fourth episode overall. It originally aired on October 29, 1997 on YTV.

The hunt for the Web creature that bit AndrAIa continues with adverse results. The Saucy Mare engages in a full-blown battle with the Web Creatures. Just when it looks as though all hope was lost for Matrix and the crew, a protective new player arrives. —ReBoot: The Definitive Mainframe Edition 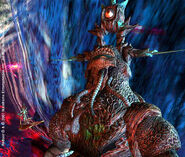 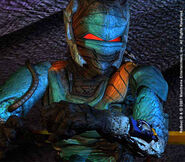